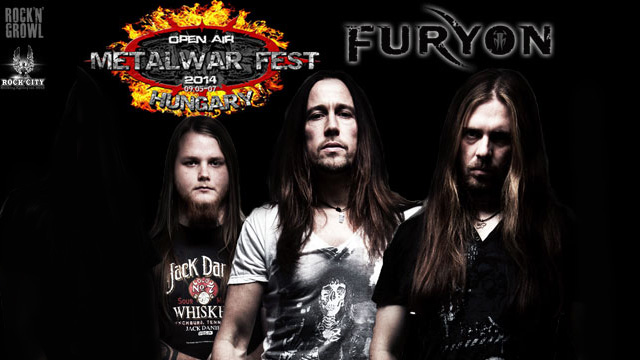 British rockers FURYON to be confirmed for Hungary’s MetalWar Festival 2014, which takes place September 5th – 7th in Budapest. Other band confirmed include: Vexillum, Twister, more to be announced soon.

FURYON is expected to make a number of additional festival (PPM Festival, Belgium) appearances in 2014. FURYON currently writing 2nd album after the success of their debut ‘Gravitas‘.

FURYON is a new band from the UK who like nothing more than to challenge expectations. Raised on a diet of heavy metal, prog, and classic rock. FURYON mix all these components for a truly unique and contemporary sound. Delivering huge rock-radio-friendly songs, with technically-challenging-yet-infectiously-catchy musicianship, they are dedicated to one sole purpose: making hard-hitting songs that will stand the test of time.